A growing number of businesses are investing in design thinking training as part of their more comprehensive project management strategy; often motivated by a desire to create products or solutions that genuinely impress their customers. The good news is, this investment often leads to better business results and improved customer satisfaction.

Indeed, several highly successful companies have benefited from design thinking, from Apple to Airbnb. In this article, we take a closer look at the advantages of including design thinking within your project management training programmes and explain why design thinking is so successful in improving processes for project teams across the globe.

A lot of managing project training programmes are placing an increased focus on design thinking as a concept because of its ability to help project teams understand real human needs and provide genuinely useful solutions. As Prince Pal says in an article for Think360, the first step in the design thinking process is: ’empathise’.

This is where the project team take the time to put themselves in the shoes of the eventual end users so that they better understand the context behind their problems and their reasons for needing solutions. Later in the process, design thinking involves creating working prototypes, testing them, and learning from those tests.

An example of this is given in a blog post for Decidedly, with design thinking playing a role in improving sanitation in Cambodia and Vietnam. Jeff Chapin and his team observed villagers understand their contexts, and created prototype sanitation systems, which were used in the homes of villagers.

In doing this, they were able to make adjustments to the sanitation systems, responding to user feedback. They also learned about the challenges that mattered most to the villagers. Such as the ability to wash their hands in the kitchen, to avoid food contamination. Rather than having to rely on their instincts.

Thinking ‘Outside the Box’

From time to time, businesses require genuinely innovative solutions, which break entirely from the norm, or from the way things are usually done. A key advantage of design thinking is its ‘ideate’ stage, which encourages people to voice more ‘outside of the box’ ideas in a supportive environment, free from judgement.

One of the best examples of a company that benefited from design thinking is Airbnb. As a blog post from Inkoniq details, Airbnb began as a simple bed and breakfast company and was on the verge of collapse in 2009, with revenue falling to $200 per week. However, gradually, design thinking completely changed the company’s fate.

Using the ‘ideation’ or brainstorming element of the design thinking process, its owners and investors concluded that a lack of high-quality images could be hurting their business. After completely overhauling the pictures on their platform, switching to high-resolution images, the company doubled its revenues.

This helped to set Airbnb on a path of using design thinking to solve other problems. As Abhineet Sonkar points out in an article written for the LinkedIn Pulse platform, a lack of trust for hotels, including distrust of their pricing and their quality, was identified as a critical concern for hospitality industry customers.

Armed with this knowledge, Airbnb conceptualised a platform that would allow people to put their trust in strangers instead. Mostly, the more users posted reviews on the platform, and the more trustworthy those strangers would become, smashing the mistrust barrier. It worked, turning Airbnb into a billion-dollar company.

However, as the Interaction Design Foundation notes in their article on the topic, the design process itself is not linear. This means that findings in later stages can cause the project team to re-evaluate and return to an earlier stage in the process, armed with new insights or contextual information.

The same can be said of the ‘test’ phase, which could reveal something which forces the team to ‘define’ the project and its objectives from scratch. Ultimately, this non-linear approach helps with design thinking success, because assumptions are continually tested, and the method makes project teams more open to changes being made.

Design thinking is one of the primary ways that project teams try to gain a competitive advantage and deliver an improved customer experience. Many of these teams achieve success through design thinking for several reasons, but the ability to understand and meet real human needs is one of the most significant.

Besides, the design thinking approach encourages more ‘outside of the box’ thinking, which can result in more innovative ideas being generated. Moreover, the non-linear nature of the design thinking process itself can be advantageous, allowing project teams to learn as they go, and adapt more freely to new information. 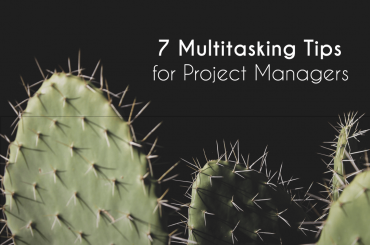 The Problem with Productivity Tips