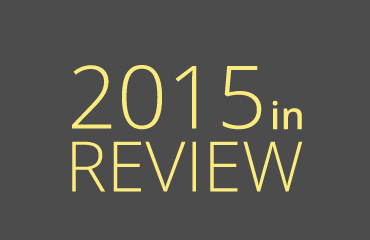 Another year nears its end and before the holidays take over our mind completely, we thought it would be interesting to take some time and look back. Every year we analyze data from Eylean to see how our clients have used it and how can we improve in the next year. Most of this data is quite technical, but just like last year, we want to share some of the more interesting findings with you. 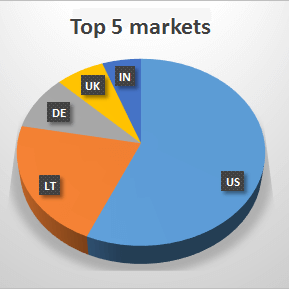 Country of origin. Over the years, we have been enjoying a steady growth of interest into project management software. Last year we were happy with an 81% growth of Eylean users and this year we are even more excited with a doubled 156% growth. Most of the new users came from our biggest market – the United States (31%), however, this year we also have new markets in our portfolio, such as China, France and others, proving that agile project management practices are becoming more popular all over the world. While there is some movement in the new markets, the top 5 have retained their strong positions with only some slight changes in the numbers. 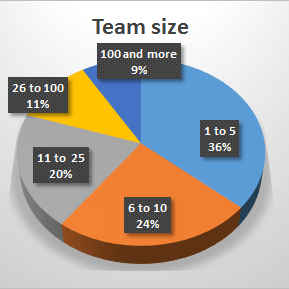 Average team. Agile teams have always been based on a small number of people, therefore it comes as no surprise that the majority of Eylean users work in teams up to 10. However, contrary to the previous year, we have seen a noticeable growth in the large team category, teams of 26 and more have nearly doubled over 2015. This reflects the change that has been happening in the market for some time, where large corporations are starting to see the value of Agile and are adopting various scaled method approaches and thus enabling large Agile teams.

Methodology chosen. For as long as Eylean was functional, Scum was a clear winner amongst the users. However, in 2014 we saw a staggering 300% growth in Kanban and this year it actually became the most used method in Eylean. 47% of our clients have preferred Kanban, leaving Scrum in the second place with only 28%. Kanban has always been known as a more flexible of the two practices and with more and more non developer teams joining us this year, there is no big surprise the shift has taken place. 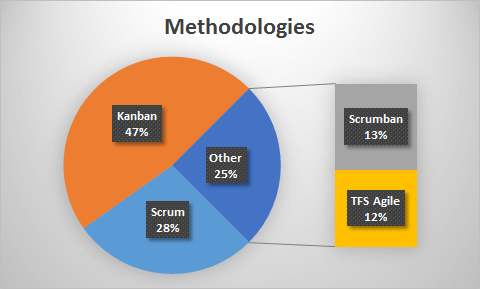 Top 3 features. In its essence Eylean is a task board, therefore it is really not surprising, that the most used features by our users are all related to tasks. In the top we encounter Task movement manipulation, Task naming and renaming and other task related actions. However, for a second year in a row, the second place goes to the Time tracking feature. While this is not the most liked feature due to its suggestion of monitoring people, the high position here proves that it provides a great value and can aid teams that use it.

Top 3 reports. The most used reports in 2015 go as follows – Monthly by task 13,85%, Time by user 8,49% and Burndown tasks 6,47%. As we can see, this mimics the previous statistics of how teams use Eylean – the importance of time tracking feature is expressed in the importance of the Time tracking report and so on. The interesting part in this analysis was the high position of the Workflow report, allowing to monitor task movements and thus identify bottlenecks and process gaps. This new report was introduced only a year ago and has already taken the fourth place with 5,37% proving of the importance of such information to the teams.

It is safe to say that the interest in project management and the tools has grown over the last year. Compared to the growth of previous years, it is very noticeable, however, that the type of projects, teams and methods are becoming more and more diverse. This is no doubt due to the expanding popularity and more diverse markets joining in and it will be interesting to see where this trend takes us in 2016. 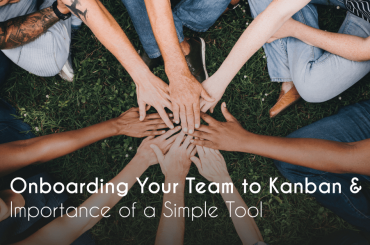 Onboarding Your Team to Kanban and Importance of a Simple Tool