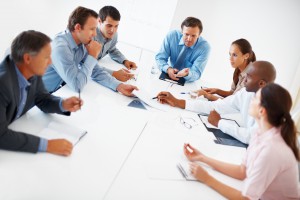 Retrospectives, even though a valuable part of any sprint, are often disregarded and underestimated by scrum teams. Team members and the scrum masters feel that if there were no major issues during the sprint, there is really nothing to be discussed. This could not be further from the truth however and in fact goes against the constant innovation and improvement philosophy of agile. So what should you do in case your team is falling into the pattern? There are exactly three things propose to keep in mind.

First and foremost, the team needs to understand the importance and value that a retrospective adds. While it is all clear when the project begins, teams often tend to devaluate retrospectives towards the middle of the project. Even though the major kinks within the team are worked out by then, there are still improvements to be made and things to be discussed. Think about it – the type of work your team is doing at each stage of the project is likely not the same and therefore does require different approach to maximize results.

Thus make sure to remind your team that as their process is changing, their approach will likely change as well. Make them understand the retrospective as a great opportunity to voice their issues, hear out others and reach a mutual understanding for going further as a unit.

Another issue with retrospectives is the teams’ involvement. It often happens that even if the team is fully aware of the expected benefits and results, they still find it hard to get involved and to fully participate. In this case, you should think about different approaches to the retrospective meetings. One solution offered by consultants is to get the team involved even before the meeting itself simply by asking them to draw a picture representing the mood of the sprint. This seemingly simple exercise actually makes the team think about what has happened and how to best express it, getting them ready to dive deeper when the actual retrospective starts.

If your team struggles to communicate their overall experience, you may find an emotional graph more suited to your cause. Simply ask every team member to make a graph of their emotions during the sprint. The x axis representing the timeline and the y axis standing for both positive and negative emotions. It will be easier for them to map out their experiences day by day and also will help you to identify key events that had an effect on the whole group.

Lastly, the way you sit your team down and ask them to list the problems they have faced might actually be causing the issue. So really think about the process of how you gather important data and see how it can be made easier and more likeable to your team. One approach, offered by Marshall Goldsmith, adapts the wheel of change to the retrospective process.

The wheel represents four actions your team will apply to their behavior – for the positive traits create and preserve and for the negative ones – eliminate and accept. To make this work for the whole team, each of the members are asked to add at least one trait to each section. The traits are then grouped, based on their similarities and the team collectively decides which of the clusters or a standalone trait from each section will be discussed for the following sprint. So this not only changes up the process of the retrospective, but also visualizes it and makes it more understandable.

Lastly, even though not necessary, we recommend always ending a retrospective with a positive note. Ask each team member to say what they have appreciated about others during the sprint, which will relieve any possible tension and improve the teams bond.

Share your experiences with retrospectives- maybe you have used and interesting technique or developed one especially for your team?